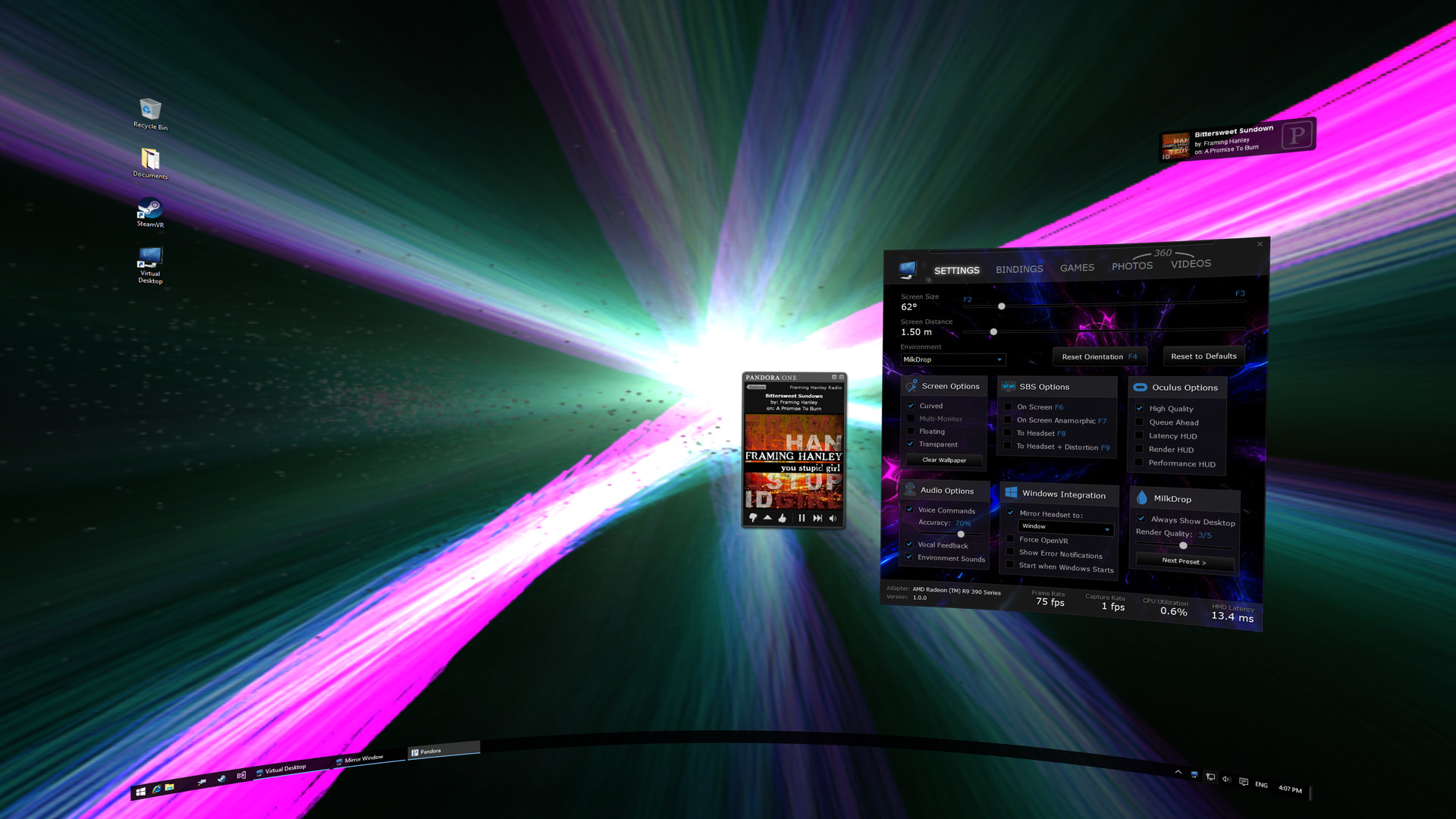 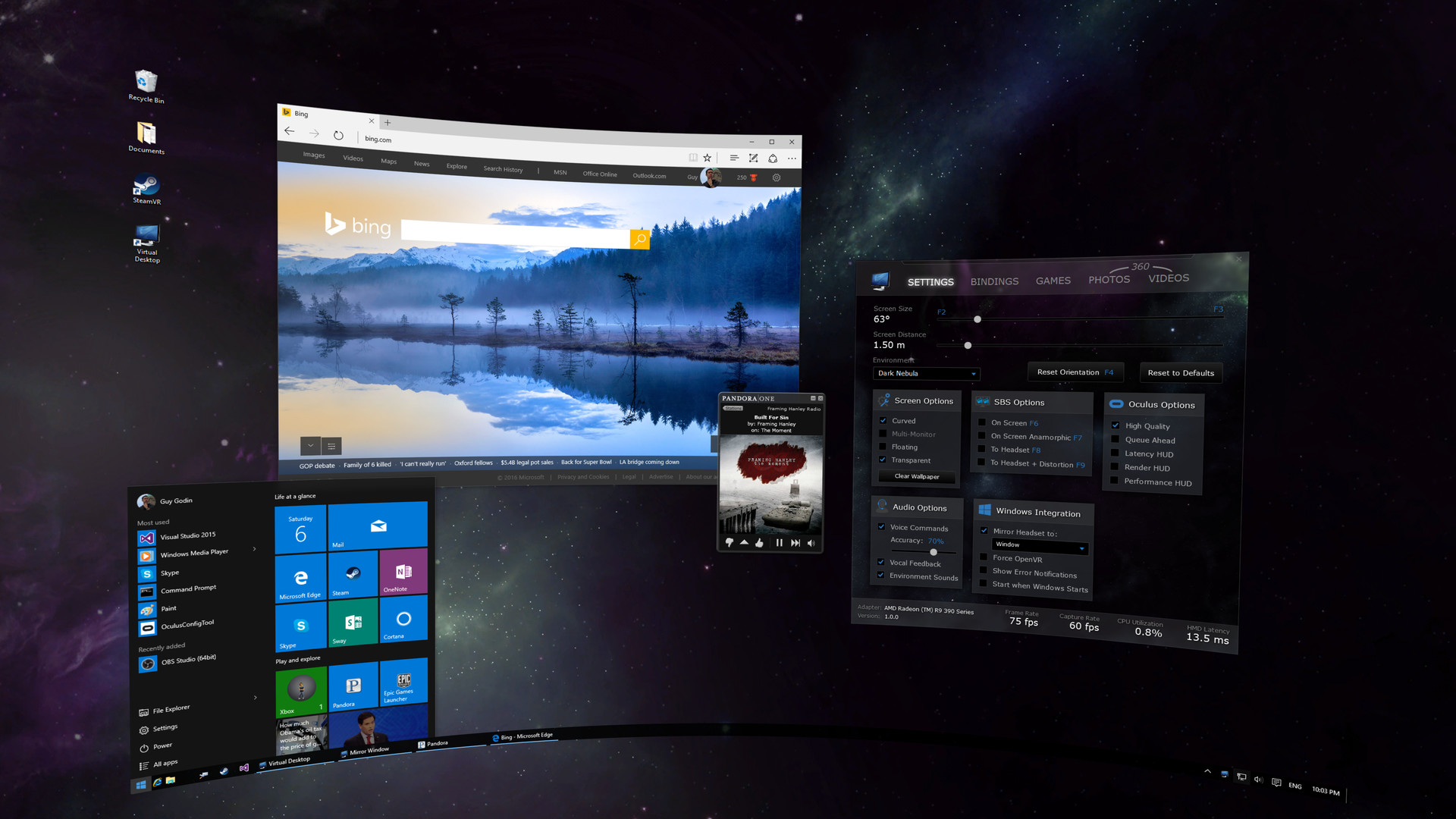 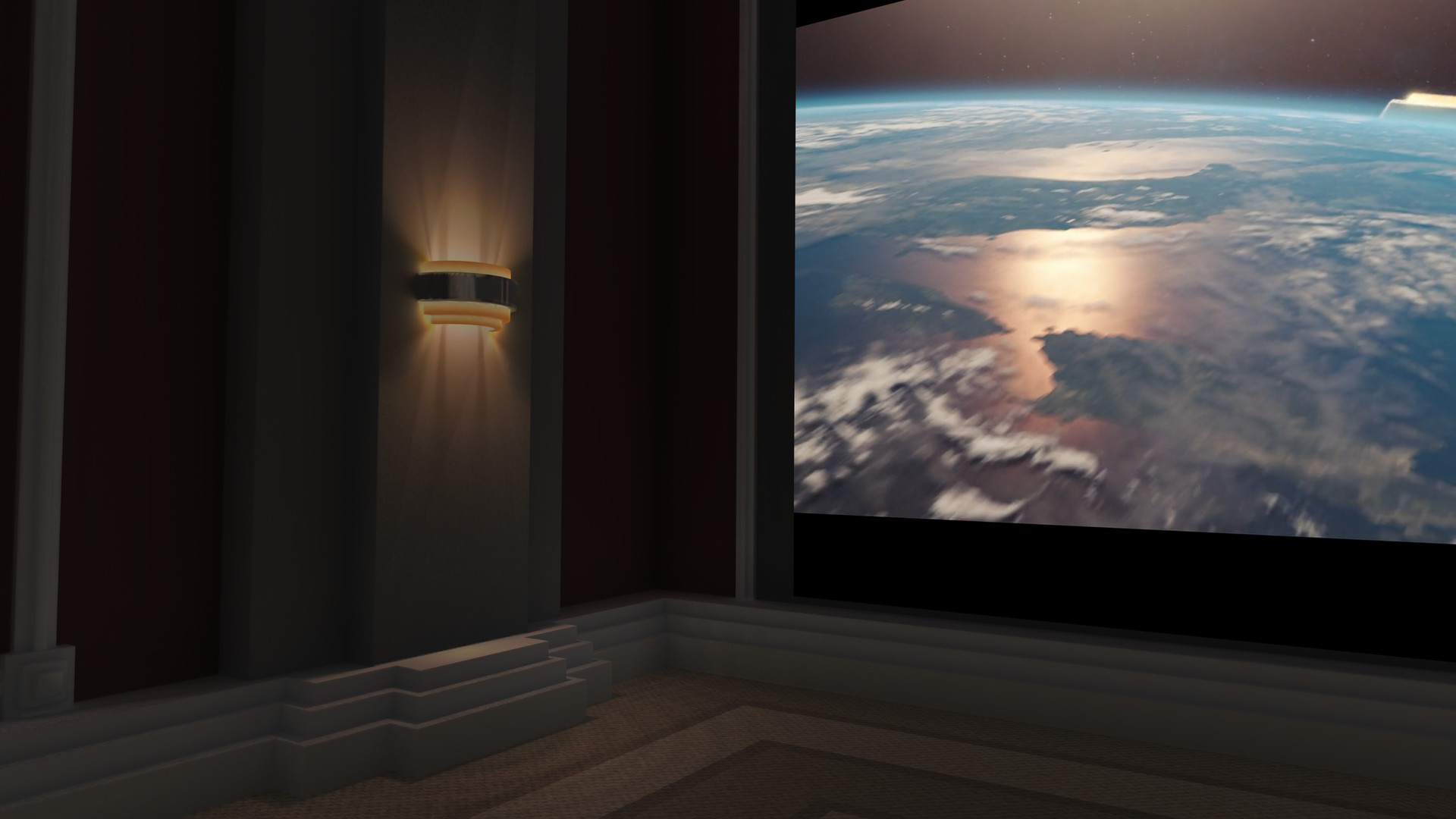 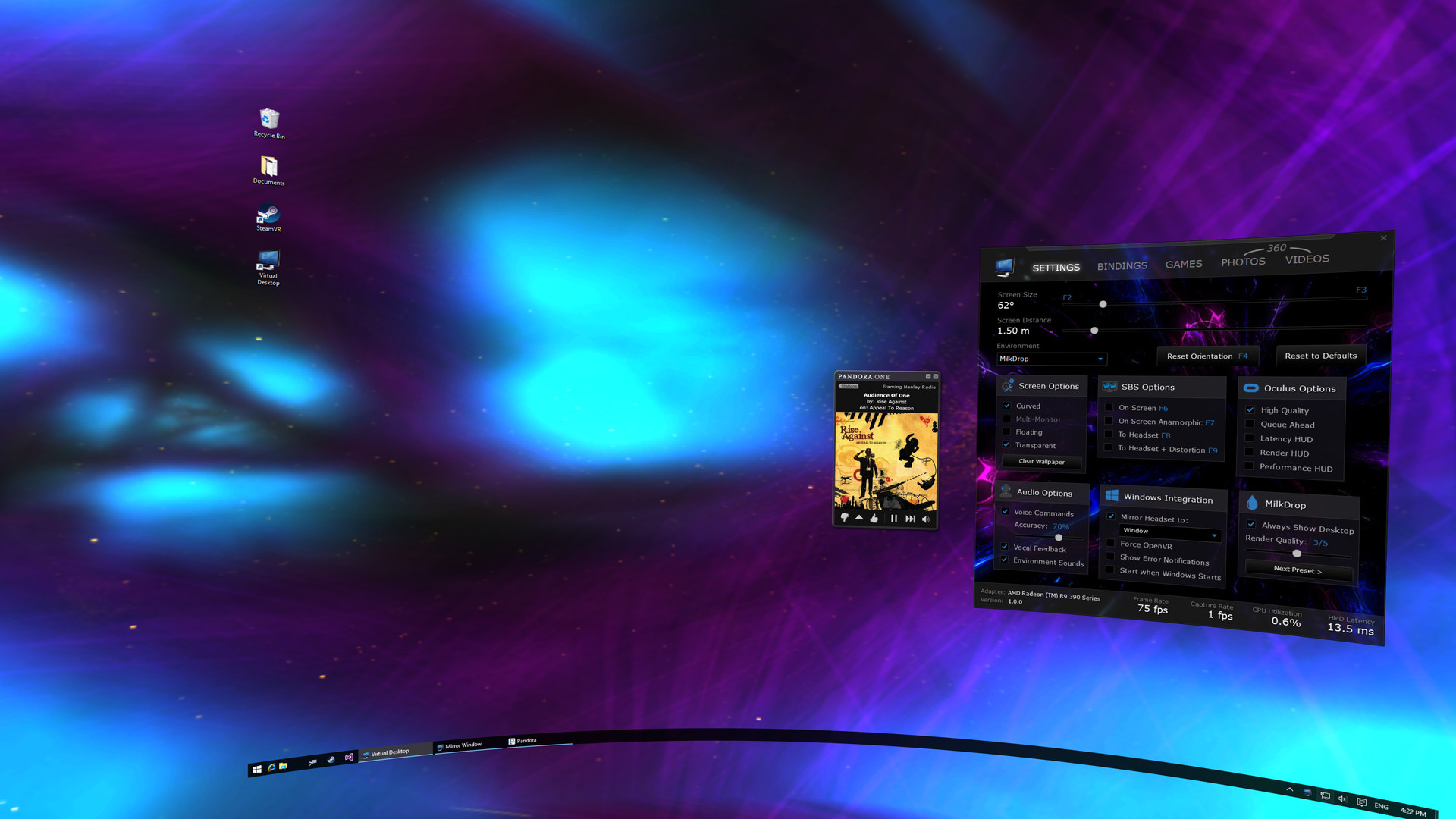 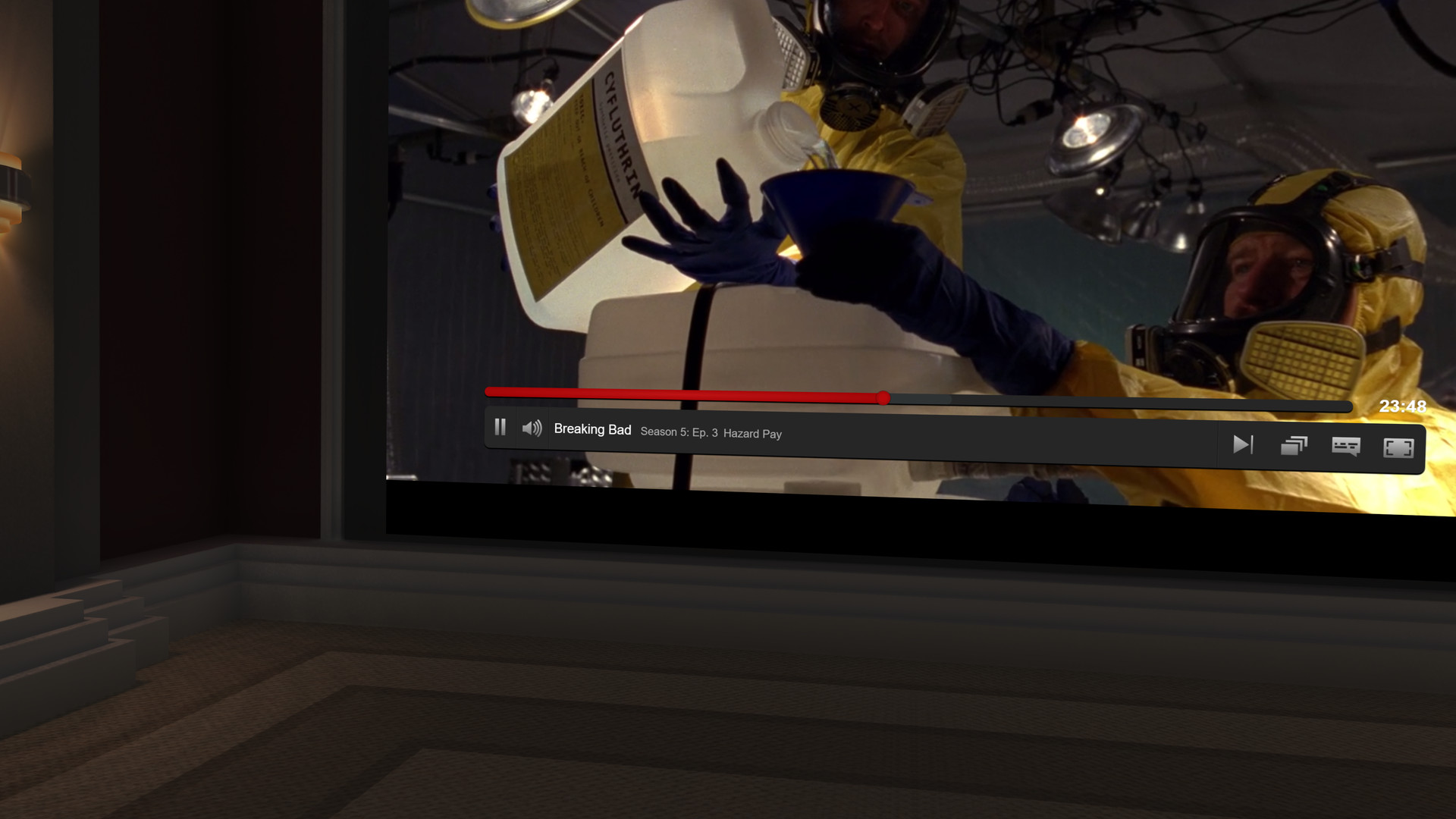 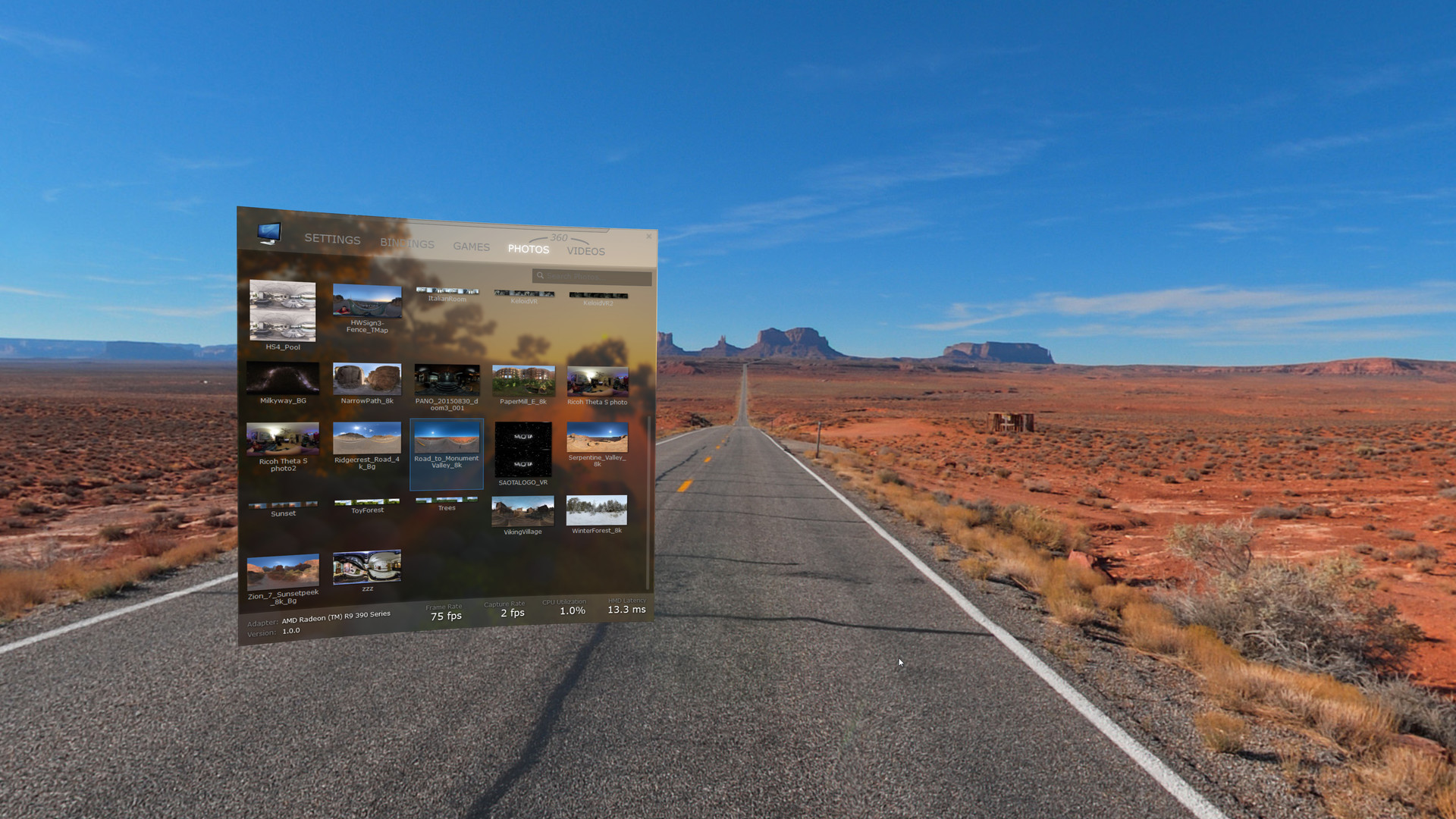 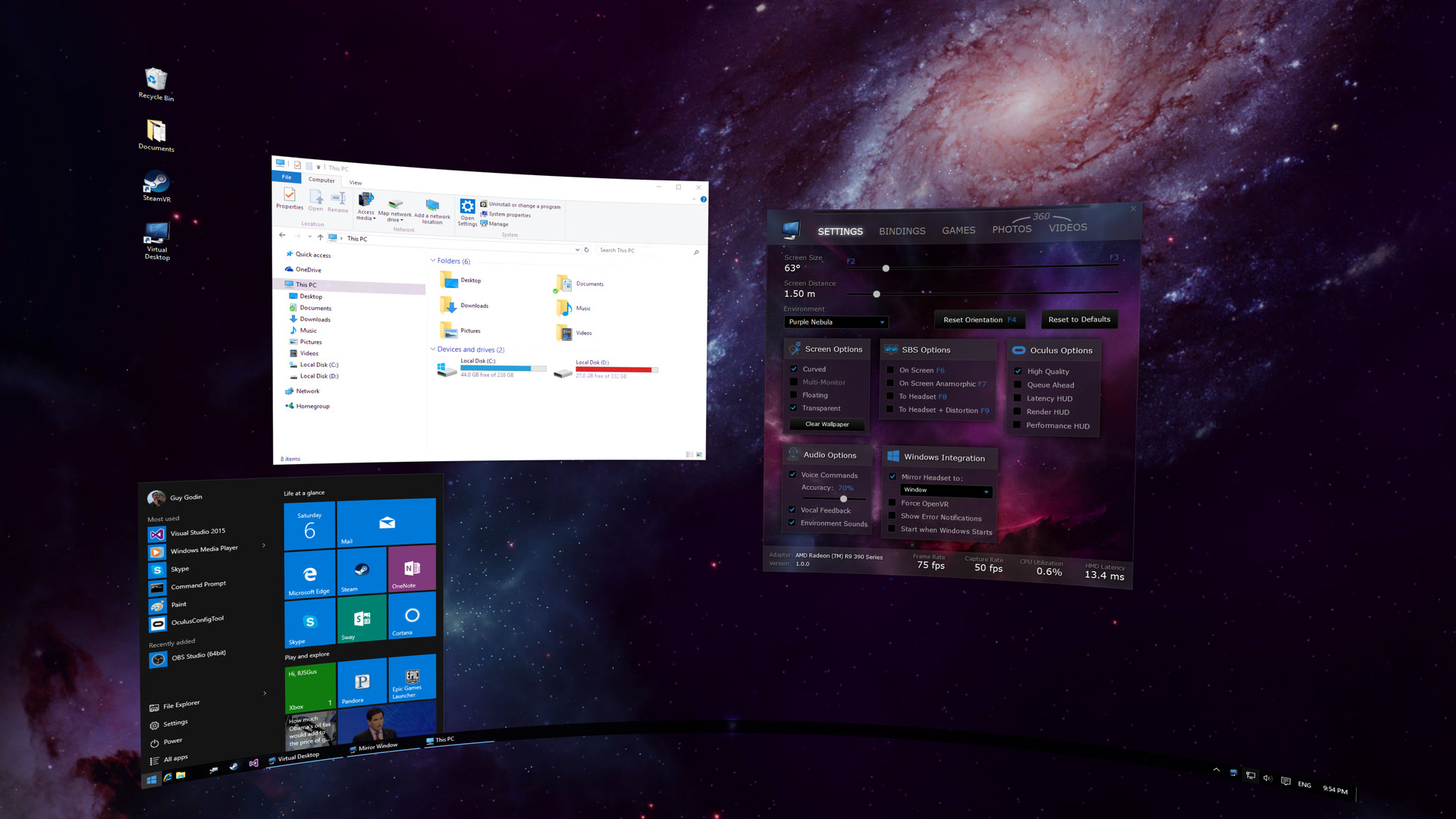 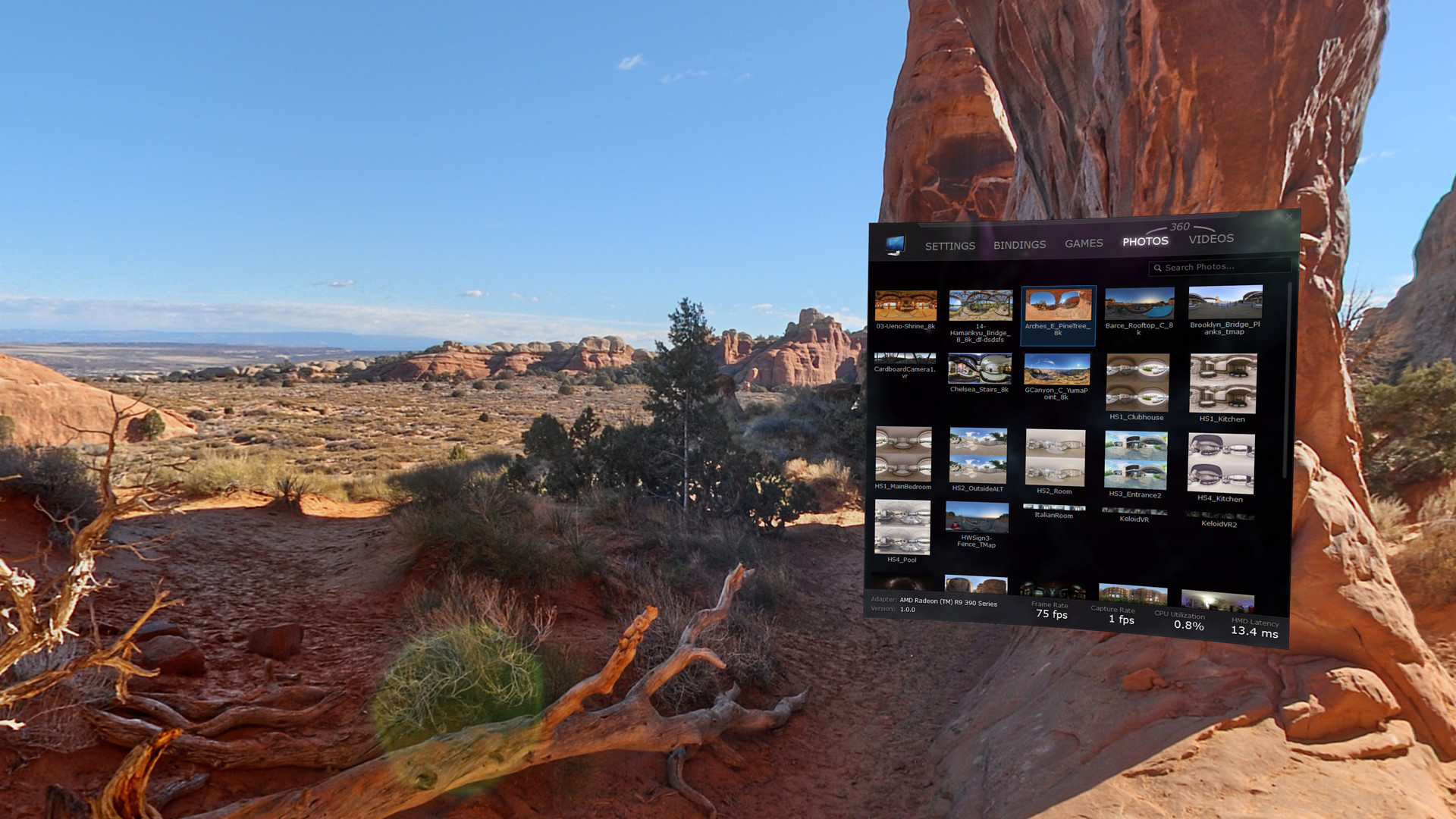 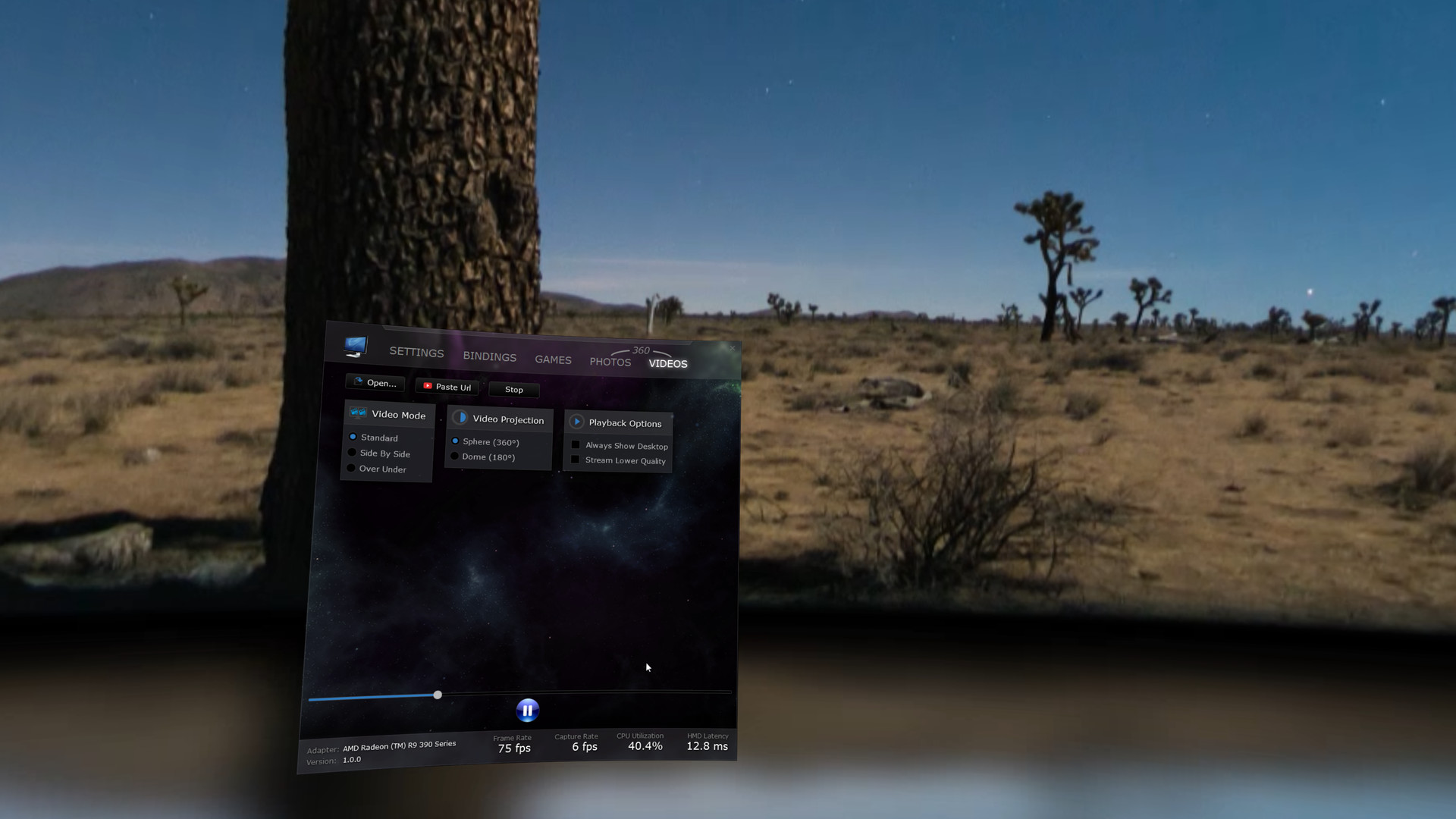 This version fixes some compatibility issues with the upcoming Oculus 1.7 runtime and contains stability improvements when swapping in and out of VR games such as Assetto Corsa. It also attempts to fix some stutter issues with the HTC Vive introduced in a recent SteamVR update.

This update adds support for animated environments. The Solar System is the first environment using the new functionality. The update also fixes an issue with the Video Player not showing some options on some computers. It also changes some default options: MSAA and Xbox Controller are now disabled by default.

This release fixes SBS support on ultra-wide (21:9) monitors and Over-Under on regular (4:3) monitors. It also fixes an issue where the GPU usage could spike when the application was idle with the Rift.

This update adds a couple requested features and basic support for various controllers.

This update adds a new Environment Store along with small improvements and bug fixes:

This update adds Steam Workshop integration along with many improvements and bug fixes:

Virtual Desktop is now available to Play! The first time you launch it, you will be prompted with a key. This key lets you redeem the app on Oculus Home (if you have a Rift) through Settings -> Account -> Redeem Code.

If you encounter any issues, please let me know in the discussions section.

The Workshop integration is partially there: you can create and submit your own environments, users will be able to download them in a future update.

Virtual Desktop is an application developed for the Oculus Rift and HTC Vive that lets you use your computer in VR. You can browse the web, watch movies, Netflix or even play games on a giant virtual screen.